IOT is basically a newly formed technology which is entangled with our lives in multiple ways and the amalgamation of IoT with 3D printing can makes several parts of our lives may easier and simpler. The combination of additive manufacturing with IoT has so much potential that it can create dynamic technical products which would take human activities to some other level.

What is an IoT?

IoT works on the concept of working on shared data. In this process two devices are connected together and this connection can be formed using sensors, electronic parts, electronic gadgets, softwares etc. With the help of an IoT data can be shared between two objects/devices without any human involvement. The multi-dynamic working abilities of IoT has grabbed a lot of attention and it is believed that over the next few years it is going to be used for over 2.5 billion devices.

The combination of 3D printing and IoT 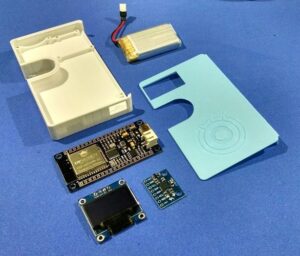 The right enclosures for IoT with the help of 3D printing

3D printing is definitely the best choice when it comes to providing enclosures to an electronic device as it helps in making enclosures which perfectly fits a device. On the other hand we know that these devices undergo multiple changes which later on hampers the structure and size of the enclosure, in such cases injection molding isn’t much useful as it cannot accommodate so many modifications but additive manufacturing has the ability to work upon those multiple modifications and create an enclosure which perfectly fits the device and we need not worry about the additional costs or expenses as 3S printing reduces both of them.

The other major advantage of using 3D printing in making such devices is that specific designs can be inserted into the printers and this reduces the production time drastically.

As we know that with the help of IOT we collect some data from devices and this data can be utilized in various ways. Combining this data with 3D printing can help to create customized  goods with low manufacturing cost. For example if an IOT is linked between the feet of a person riding the bicycle and the bicycle itself, then using the data a customized bicycle can be made which would aid the cycling abilities of the person riding on it. Similarly a cricket bat can be made for a cricketer in such a way that it aids the batting skills of the batsman and help him yield the best results.

With the onset of the advanced 3D printing technology it is becoming possible to make electronic devices, circuits and other parts, using 3D printing in making electronic goods not only speeds up the manufacturing process but also considerably reduces the expense on the raw materials.

Conclusion– the 3D printing industry and IOT is set to dominate the whole world with the plethora of opportunities it brings with itself.

How can MELT help you in this aspect?

MELT is the one stop destination for your production based needs. We operate using the best of technologies based on the needs of the customer. We customize each and every order according to the specifications and details highlighted by the customer. To know more about our services don’t miss out on our previous blogs.

To know more about how our services can add value to your business/ work or requirement, please feel free to connect us.